Apocryphal
May 2019 in Nominations and Suggestions

This books was mentioned in a recent list of books that author Jo Walton read in April, and it sounded interesting, and not the usual fodder:

The Kindly Ones Melissa Scott, 1987. Re-read for book club.
This is a book where the central character, the one who is changed by the plot, is the world, the social world of Orestes, which was isolated from the human mainstream for centuries but is now back in contact with it and finding the old ways don’t fit. It’s also a story about unleashing repressed forces — in people and societies, and for that matter geology. It was a terrific book club book, everyone liked it but it provoked plenty of discussion — we were still thinking of more to say about it on the way home. It’s so interesting to see a genuine attempt at a post-gender society written so early. 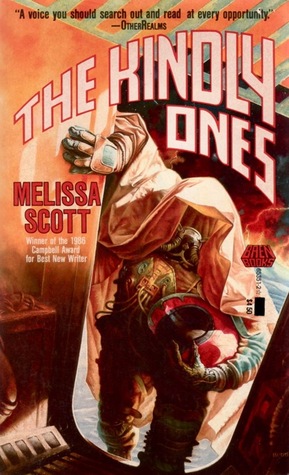